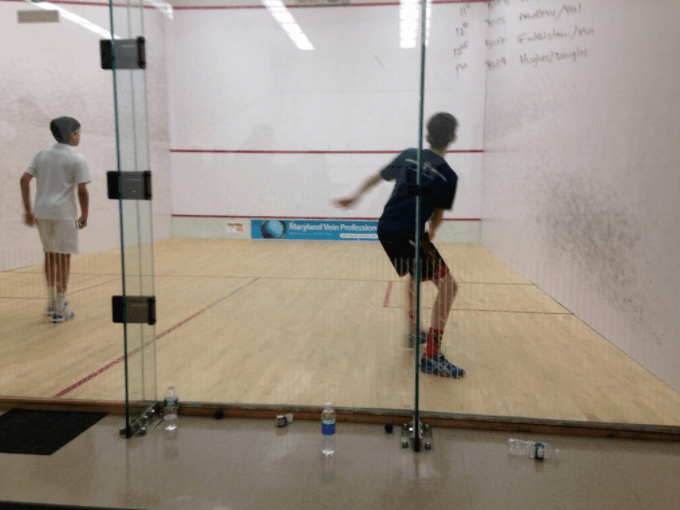 It was an amazing match between top Cincinnati players JP Tew (The T Squash Academy) and Rohan Iyer with JP coming out the winner in a 3-1 match at the Mid Atlantic Junior Championship Tour. There are only 5 tournaments of this size each year, culminating in Nationals next month at Harvard.

There was great sportsmanship with high caliber play between the two. JP lost the first game and then stormed back to take 3 nail biter games. Rohan played an absolutely amazing match: using lobs, drops power, depth, staying completely composed and sharply focused at all times. JP rose to the occasion, volleying every ball possible to keep the pressure on and take time away from Rohan, using pace, drops. There was a great mid match adustment away from a hot area of Rohan’s attack and toward his one weakness. JP was relentless on defense, running down winner after winner, then flipping from defense to offense.

This match was one that looked like it could easily go to either competitor, and was closely contested even to the last point. Overall, JP won on heart, toughness and composure when it counted. This was probably his best win on the junior squash circuit against a formidable and inspired opponent.

Congratulations to both players on an excellent finish!

Thoughts from the road
Scroll to top