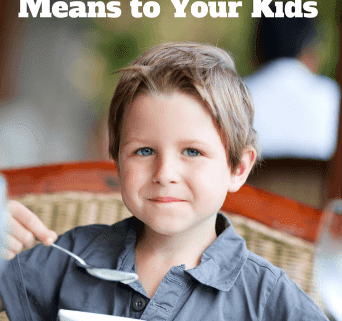 More from “20 Ways to Prepare Young Athletes for Success in Sports and in Life,” by Eric Cressey.

8. Make kids get up 10-15 minutes earlier to make and eat breakfast.

It drives me bonkers when I hear a kid say that he can’t find time for breakfast. Don’t find time; make time!

My most productive time of day is 5:30AM-9AM. I didn’t realize this until I was in my mid-20s. I only wish that I’d learned much sooner that good things happen when you get up a little earlier:

a. When you get up earlier, you learn to go to bed earlier. Look at research on shift workers’ long term health, and you’ll quickly realize that sleeping more hours before midnight is great for your health.

b. The morning world is a more enlightened world. As an example, look at TV shows at night versus in the morning. In the evening, you get sitcoms, comedy, violence, and infomercials. In the morning, you get the news.

c. Intermittent fasting discussions aside, the research pretty much supports that people – and particularly kids – who eat breakfast are less likely to be overweight. Whether it’s because it leads to eating less later in the day, or because people are more likely to eat quality food at home remains to be determined.

d. The world is a lot quieter in the morning, and silence almost always equates to increased focus and productivity.

Parents of Athletes: Set An Example For Your Kids

Parents of Athletes: Kids and Charity Work
Scroll to top