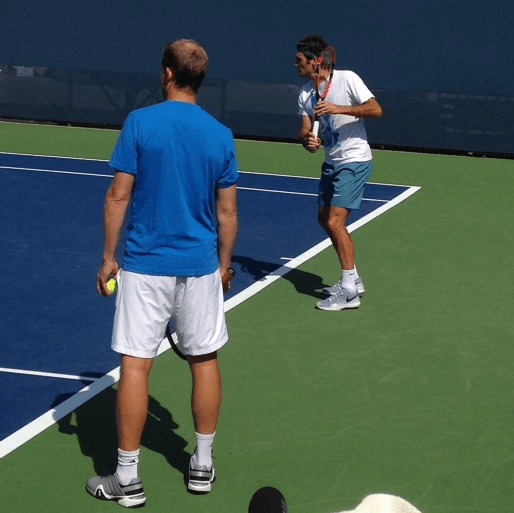 The power of practice.

Saw Federer in a practice session today at the ATP. Amazing to see him working up close. Watching him practice was as impressive as any of the matches we watched. You got the sense that a great player is built in practice whereas matches are only where they are revealed.

Was struck by his dedication to practice. The man is 33 yrs old, has won 17 Grand Slam Titles and here he was on a hot afternoon in a practice session before his 7:30 match in Cincinnati. Maintaining mastery of the simple stuff. Grooving his forehand, backhand, volleys and overheads. Also struck by his mental focus and positive mindset. He looked more focused in a ‘meaningless’ practice session than Djokovic looked in his second Round match (a loss to Tommy Robredo). Fed calmly went about his business and rolled right through any mistakes he made, just moving on and hitting the next ball better. It was a great lesson in how to practice, a demonstration of how excellence in practice produces excellence.

Why play in a junior squash tournament?